I was wondering, just a few seconds ago, if it’s worth it to simply proceed w/o the providence of productivity behind your back. Some tailwind to justify busy keys. I also wondered, a second ago, if any kind of obtusely obscure language might be justified by the voluntary cascade of muscles in creative grip. Losing distinction. Here are a few selected words from my first day of class: 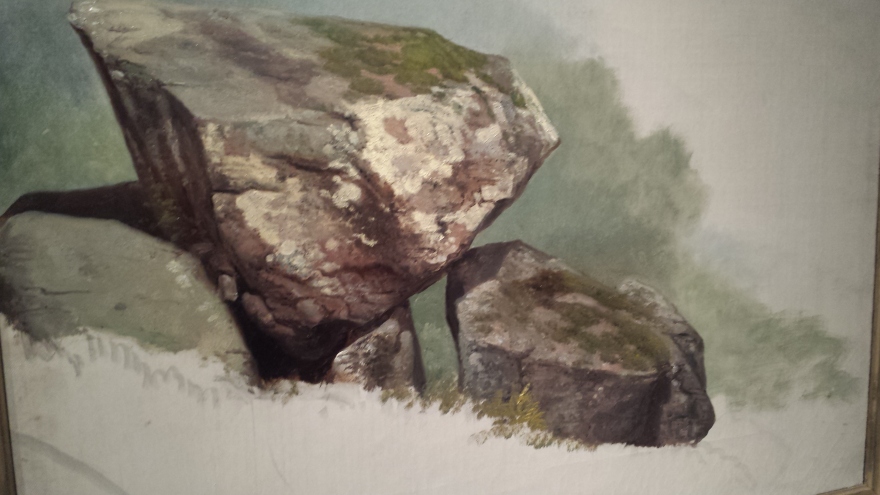 8 is endearingly…neurotic. Or, well she’s quite communicable and obviously (?) super intelligent, but her tendency to avoid eye contact makes her seem so much more heady and removed from students. She’s a great moderator, but the room was filled with a bunch of sticky freshmans (me) with few drama majors/well-adjusted people who contributed summaries and answered basic questions. She utilized the chalkboard to outline a basic timeline of humanity from the Pleistocene to Holocene. That’ll be our extra credit question 11,700 BP (before present) is when the two periods split w/ the Last Ice Age. She dived into and tried to explain small portions of the third article- the one I struggled most with! It was nice to get some clarification on what the author meant. Altogether her questions and the thought it provoked was spot on in several instances. She’s a bicyclist and has great glasses. I saw her exiting the Lecture Hall and immediately wanted to know her- from just her dress. She had grey panniers for her bags and a pair of reading glasses she gave up on after she thought it was taking up too much time. All black attire. Graying hair. I’ve already forgotten her face. Someone who has that presence that feels like it might be more heavily pronounced in a scholarly article? By a name printed in crisp black ink. 8-8 8. Striking! In a couple ways she reminded me of Mindy from University of Toronto. Both faculty at universities of middling prestige, bicyclists, graying hair w/ neat glasses (Mindy’s were more rectangular and framed her face and hair like a heavy mantle displaying her incredible eyes and solid cheekbones). I believe they’re probably of similar age as well. She spent a greater amount of time than 7 on the actual articles. The “introductions” were brief and perfunctory in the worst ways.

She obviously wants to help her students, suggesting we provide reading techniques that might help the slower ones in the group (me). I need to find her office hours.

7 on the other hand spent the majority of his time on the introductions, asking each of us for a weird story or bad food experience. I offered my last night anxiety-motivated 4 am stay at the Lab. Some crazy stories from my peers include: some kind of health emergency outbreak in the house last night at 10 pm. I guess I was drowsily sleeping? I left a little after midnight. The last few minutes sparked moderately lively conversation on the articles interjected by some insights from the Professor himself.
*8 and 7 as their names